-> I LOVE ROCK’N ROLL AND COACHING ENTREPRENEURS – Anita G. Wheeler 
Notice: Trying to get property 'session_id' of non-object in /var/www/wp-content/plugins/ninja-forms-legacy/deprecated/classes/session.php on line 122

Notice: Trying to get property 'session_id' of non-object in /var/www/wp-content/plugins/ninja-forms-legacy/deprecated/classes/session.php on line 123

Rock N Roll… “Those were the days”!

It conjures up visions of “Drove my Chevy to the Levy,” and “Good Golly Miss Molly.”

No matter where you are or what you’re doing, when the rock n roll music starts, it takes you back to a place and time that seem to have no space and time.

There are so few places that jerk your being back into such immediacy.

To a clear body memory, hidden in that secret place some call “heart or soul.”

(Talk about “jerking”….Someday I will tell you the story about Elvis Presley coming to the “Storms Dairy Queen” in my hometown of Lampasas, Texas for a hamburger. Smart guy. Best hamburgers in Texas!)

You probably get the picture, but you may be asking yourself. …how does that relate to being an “Entrepreneur and/or Creating an “On Line Business, Coaching Practice, Blog, Consulting, Sports, Store, etc.”

I sort of think of it in the respect of “Magic”…. it’s all in the Magic.

The best parts of life are often in that same place. (The “Magic Place”)

We can’t really explain it, but we know it.

Often in life, we lose the magic and then life becomes the drudgery of everyday one foot in front of the other. (Been there, done that) I often think of that as trading your “time for money” which is most often NOT a good trade.

You know, that dreaded deep hole where we ask ourselves, “IS THIS ALL THERE IS?”

I am here to tell you today that the magic is still real. It is in being an Entrepreneur.

A pioneer of sorts. A rebel.

Here is my mantra and you may recognize it.

“Here’s to the misfits, the Rebels, the Troublemakers, the round pegs in the square holes. There not fond of rules and they have no respect for the status quo. You can quote them, disagree with them. Glorify or vilify them. About the only thing you can’t do is ignore them, because they change things. Push the human race forward. While some may see them as the crazy ones. We see genius. Because the people that are crazy enough to think they can change the world, are the ones who do.” Steve Jobs

Entrepreneurs are the tribe that jump out into the unknown and believe in their dream, concept, idea, and business. That burning desire to be, do and have something that is of their own creation.

They are the dreamers and more often the succeeders. At least of living and creating the life that works for them. What would we be without Einstein, Carnegie, Disney, Lindberg, and even Mr. Trump. (I know….but he IS an Entrepreneur!)

Did you know that 543,000 new businesses debut every month in the United States? Those are 543,000 brave souls who are putting themselves out there to bring their dream to life.

Are you one of the tribe?

Stepping out and making a change in the world. Even if it is still just a dream. Are you ready to step into the dream? Your dream.

P.S. If you LOVE this article or even LIKE it..please pass it on. 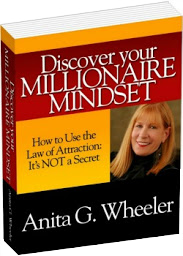 Take the first step to discover your millionaire mindset.